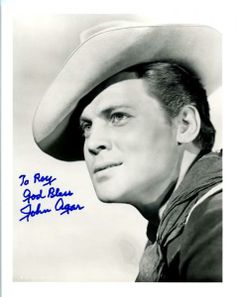 John Agar “Hand Of Death” Photo Signed Autograph Movie Scene – This item is an 8″ X 10″,black and white lithograph photo of John Agar in a scene from the 1962 Movie-“Hand Of Death”.

The lithograph photo has been mounted on an 8″ X 10″ piece of photography paper.

Scientist Alex March (John Agar) is working on developing what he hopes will be a new, non-lethal form of nerve gas — but following an accident in his lab, he discovers that not only is the gas deadly, but also that it has invaded his entire body, and his touch is instantly fatal to any other living thing.

He also realizes that the only thing keeping him alive is the partial immunity that he has developed over the course of months of work, which will soon wear off.

He goes into hiding in his employer’s home, hoping that a cure can be found, but he’s already begun to go mad, tormented by the deaths he’s caused and the mounting pain as the gas begins to affect him.

Finally, the gas transforms him into a scaly, misshapen creature (vaguely resembling the Lizard from Marvel Comics, who was also, interestingly, a stricken research chemist).

He goes on a rampage through suburban Los Angeles while the police hunt for him, and his fiancée (Paula Raymond) desperately hopes that he’ll come to his senses long enough to surrender and allow himself to be confined to a hospital.

The photo has been autographed on the front by John Agar with a fountain pen in blue……………BOTH PHOTO AND AUTOGRAPH ARE IN VERY GOOD CONDITION……….